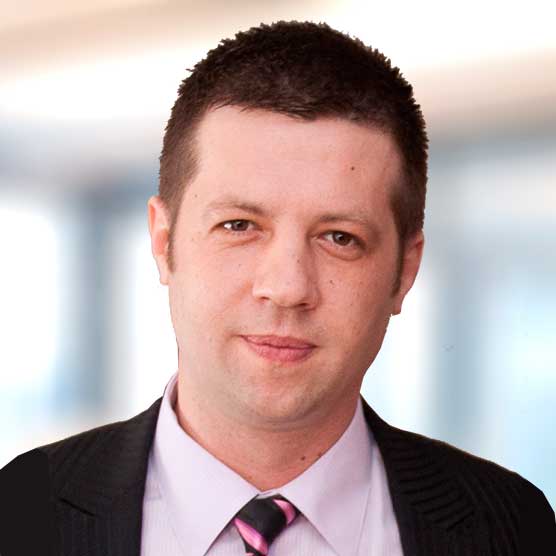 Dr. Kermedchiev graduated in 2005 from the Medical University - Plovdiv.

The beginning of 2006 began his career as an anesthesiologist-resuscitator in the Department of Anesthesiology and Intensive Care - OAIL in the University Hospital "No. Shukerov ”AD-gr. Smolyan.

The end of 2006 started working as a surgeon in the Surgical Department of MHAT "Prof. Dr. K. Chilov ”EOOD, Madan.

In 2008, after successfully passing the exam, he was accepted to specialize in Clinical residency in Surgery at the Clinic of Abdominal Surgery of UMHAT "Queen Joanna" EAD, Sofia at MU Sofia.

From 2009 to 2012 he worked on in vitro research projects at the Institute of Neurobiology of the Bulgarian Academy of Sciences. At the same time, during his specialization in surgery, he participated in a research team from the Institute of Electronics in the development of equipment for early diagnosis of skin and gastrointestinal tumors.

Since 2017 he has been a PhD student in Surgery of independent training at the Medical University of Sofia.

He acquired his specialty Surgery in 2013 at the Clinic of Abdominal Surgery at the University Hospital "Queen Joanna - ISUL" Sofia, where he worked until 2018.

Since 2019 he is part of the team of Alexandrovska University Hospital and Polyclinic Bulgaria.

During his training he has completed postgraduate courses and trainings for performing highly specialized invasive and non-invasive activities in:

Member of the Bulgarian Medical Union and the Bulgarian Surgical Society;
Participation in numerous national and international congresses and seminars in the specialty.

He has specialized in Belgium for laparoscopic hernia surgery and in Germany for postoperative care and rehabilitation.

The scientific interests of Dr. Momchil Kermedchiev are in the field of laparoscopic abdominal surgery as well as in the early diagnosis of tumors and inflammatory diseases of the gastrointestinal tract, skin, mammary glands and thyroid gland and their timely treatment.