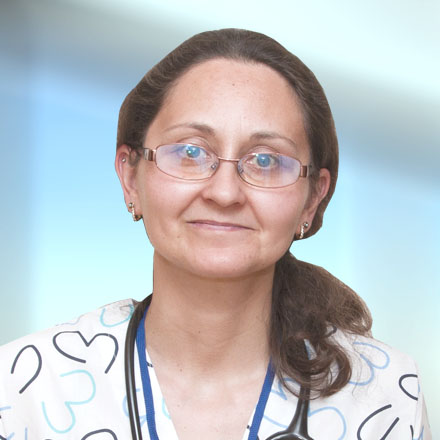 Dr. Eleni Papadopulu graduated in medicine from the Medical University of Sofia in 2001.

From 2002 d to 2004 Dr. Eleni Papadopoulou is a doctor at a DCC in the village of Korifi, Alexandria, Greece

From 2005 d to 2008 d is a Pediatric Specialist at the Pediatric Ward at the Infectious Diseases Hospital in Thessaloniki, Greece

From 2011 to 2013, Dr. Eleni Papadopoulou is a Pediatric Specialist in the Children's Ward at the G. Hospital Genimatas "in Thessaloniki-Greece